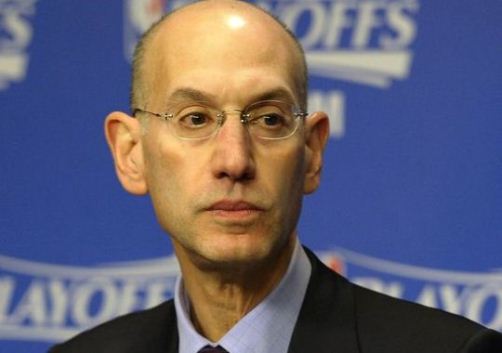 So Adam Silver unloaded the banhammer on Donald Sterling yesterday — preventing the Don from ever getting within two zipcodes of Staples Center or any NBA entity. You probably heard that already.

It was the right call, and, really, it was the only call. Anything less than that would’ve resulted in outright mutiny. Hell, the money already ran scared for the hills.

And this is what makes the decision to dump Donald by the side of the road seem so disingenuous. This was no heroic claiming of moral high ground. This was a decision to save face, a swift rip of the band-aid to let the wound heal in the open.

Mr. Silver, and, particularly, his predecessor of 30 years, Mr. Stern, had numerous chances to oust Sterling in the past for his litany of racist, sexist, bigoted offenses that did real, actual harm to real, actual people.

But it was only when faced with financial peril — when doing business with Donald Sterling was no longer good for doing business — that the NBA chose to sever ties. Donald Sterling’s evil actions and disgusting demeanor (not to mention his asleep-at-the-wheel and offensively penny-pinching ownership) wasn’t enough of a debit to his character until the Association faced financial and public humiliation.

If the NBA really, truly wanted to take a stand against racism within its ranks – on both a personal and institutional level – then the NBA would do better to hire more minorities beyond the workers on the court. Front offices, broadcast booths, sidelines, league offices and marketing departments are chock full of ivory skin and ivory tower mentality, despite the cherry-picked figures that caused The University of Central Florida’s Institute for Diversity and Ethics in Sport to award an A+ for racial diversity hiring. (Head coaches? Players? That’s what you’re rolling with as outstanding examples of “diversity” in hiring?)

If Adam Silver truly wants his league to serve as a shining beacon of promoting racial equality, there would be no dress code decreed by the white ruling body enforcing its predominantly black “talent” to dress in semi-formal attire when sitting out full games. There would be no age limit set by the white ruling body deciding when its predominantly black workforce is “mature” enough to start earning grown man paychecks.

And, if the NBA really, really wants to be subversive and forward-thinking in their morality, they would strike the title of “Owner” from their lexicon. I don’t think you need me to tell you why.

Make no mistake, Adam Silver made the right call, and sending a gross dinosaur of a human being to the NBA tar pits is a welcome first step. But it was a convenient first step – one that came adorned with all the trappings of a warm-and-fuzzy feel-good sleeper hit. There were website takeovers and Staples Center billboards (probably not designed by one of the 1-in-20 ‘creative industry‘ workers that’s non-white) and a sweet commercial tailor-made to tug at your heartstrings (the odds of an African-American actually playing any part in the creation of that commercial, by the way? One-in-100.) but to truly turn this into any kind of moral crusade will require more than just savvy marketing and swift justice.

The spotlight shined brightly on Mr. Silver, and boy did he deliver. But, as Donald Sterling knows as well as anyone, character is defined by what we all do with the lights off, long before we’re saddled with the burden of cleaning up the messes of our making. 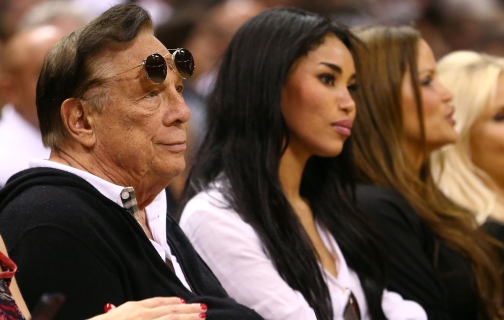 Donald Sterling is, with a degree of certainty I typically reserve for standing outside and being able to tell you if it’s nighttime, a despicable human. He looks down upon, and openly disdains, minorities. He treats them as physical specimens to be feared, gawked at and exploited for fiscal gain.  END_OF_DOCUMENT_TOKEN_TO_BE_REPLACED