In order of importance. Possibly.

10. Grades don’t matter. Relationships do. Communicate with purpose. Talk to everyone. Walk through every open door and kick down all the closed ones. Go to class and befriend your teachers, classmates and the gal who makes your Venti Vanilla Chai. You never know what might happen.

END_OF_DOCUMENT_TOKEN_TO_BE_REPLACED 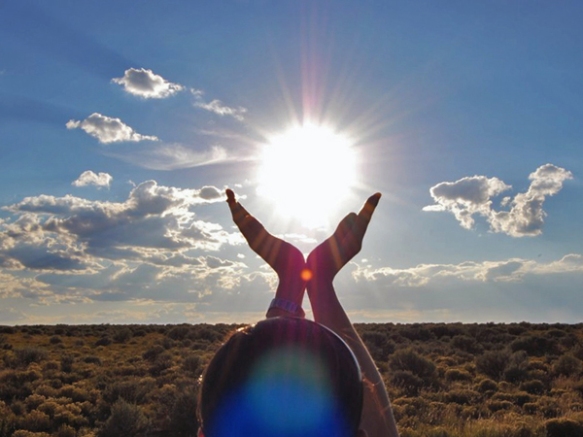 Living isn’t easy. It’s hard work. But you can make that hard work easier by increasing your inner strength. For the sake of this piece, we’re going to call these activities “inputs.” These are little investments you can make in yourself can go a long way toward helping you be something special. I’ll list them here for free. END_OF_DOCUMENT_TOKEN_TO_BE_REPLACED 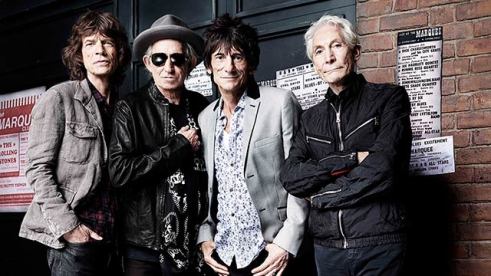 For years – for generations – it’s been universally accepted the central argument in the rock canon is Beatles v. Stones. One of these two has to be the greatest band of all time. No other rational arguments were accepted, with apologies to Led Zeppelin, Pink Floyd, AC/DC, The E-Street Band and Aerosmith.

But as the Rolling Stones celebrate 50 years as the “World’s Greatest Rock-n-Roll Band” (a name which they coined themselves), it’s a fair question to ask: Are they?

Someone proposed to me U2 is more prolific than The Stones. They are an interesting case. To understand it, we need to address how we define “Prolific”, as it relates to rock bands.

First, to compare the two, you need to divorce yourself from reality. U2 operates in a different musical landscape than the Stones did. In the old days, you recorded albums on the regular (The Stones dropped 15 albums in their first decade, U2 has released 12 studio albums. Total.). It’s not that U2 is lazy, music just isn’t as dependent on fresh new tangible material anymore. You could argue that recently we’ve moved back to a “singles-based” industry because of the role the Internet plays in spreading artists around. But, that’s a separate idea for a separate post. (Tangentally, old records are now outselling new records. So, album sales as the exclusive barometer of success is … well … antiquated.)

Though record sales are always disputed, The Rolling Stones are reported to have sold 200 million units, while U2 checks in with a mere 150 million, though, on a per-album AND per-year basis, U2 outpaces the Stones. The Stones have created 29 studio albums to U2’s 12. If you’re defining prolific as volume of material, or even the volume of material over the course of any given time-frame, the Stones have lapped U2 a zillion times over.

Additionally, the Rolling Stones have 10 of their 29 studio albums in Rolling Stone’s 500 Greatest Albums in Rock-and-Roll. U2 has 5 of their 12. As a percentage, U2 fares better, but if we’re talking about prolific, it’s hard to argue 10 against 5.

Most folks identify the Rolling Stones prime era from 1966 (starting with Aftermath and ending with Exile on Main St.) until 1972. During that six-year period, the Rolling Stones created arguably the most voluminous body of quality work in the history of six-year stretches in rock music. (Credence Clearwater Revival unloaded an even more unfathomable stretch between 1969 and 1970, but that’s like celebrating someone setting a 100m dash record in the middle of running a 400m.)

U2’s prime is a little more nebulous. I’d propose it begins with the release of War in 1983 and ends with Zooropa (which was never meant to be released as a proper album, but was cobbled together on a whim) in 1993.

Both bands had later-career (but not late career, since both bands don’t seem to be willing to hang it up until we pry their microphones from their cold, dead hands) renaissances. U2’s back-to-back monster hits (in typical U2 fashion, five years apart) with All That You Can’t Leave Behind and How To Dismantle An Atomic Bomb, and The Stones with Some Girls and Tattoo You, in 1978 and 1981, respectively.

On a song-by-song basis, The Stones have 14 on Rolling Stone’s “Top 500 Songs of All Time”, while U2 checks in with 10. As a percentage, U2 fares much, much better on a song-to-song basis, as you could argue that U2, song-for-song, blows the Stones out of the water with their consistent excellence. The Stones have more bad songs in circulation than U2 has songs in circulation, period. The Stones have entire blocks of albums you can write off in their entirety for being at best irrelevant and at worst abysmal. U2 has Pop.

The Stones’ lows are more plentiful and lower than U2’s. But while U2 on a song-to-song and album-to-album basis may have been more consistent, The Stones’ best albums and best songs are more numerous and more ubiquitous.

For example, look at the track list for Hot Rocks: The Rolling Stones’ ridiculously loaded compilation covering their first decade. It’s a jaw-dropping display of musical prowess, a relentless onslaught of amazing. And this was before The Stones dropped Exile On Main St., almost universally lauded as not just their greatest album, but as arguably rock’s greatest album.

U2 has nothing like that in their repertoire. Their “Greatest Hits” albums are split into Best of the 80’s and Best of the 90’s (which is hardly arbitrary, as their career reinvention in Berlin between Rattle and Hum and Achtung Baby has been beaten to death by music journalists everywhere), but even on those albums, it felt like they were stretching (especially on the Best of the 90’s edition, which might be the worst Greatest Hits comp by an awesome band that was awesome at that time ever created).

U2’s saving grace would be the twin towers of The Joshua Tree and Achtung Baby, two albums that tower above it’s contemporaries as the pinnacles of pop music in their time, and have retained their listenability over the years and continue to inspire and impress listeners. They continue to be elevated on “Best of” lists over time. Will they climb beyond The Stones’ best as they continue to age? That’s anyone’s guess.

There’s so many different ways to frame the definition of “most prolific band” that to provide a logical answer to the question “Who is more prolific?” that can’t have holes poked in it is like calculating infinity.

But, prime on prime, best against best, we’re talking about all 12 U2 albums vs. the 12 best Rolling Stones albums. Lined up side-by-side, they look like this:

There they are side-by-side. That’s the very essence of The Rolling Stones vs. everything that is U2. Which do you choose? How do you plead? Other than ‘holy crap, if “A Bigger Bang” is the 12th best Rolling Stones album, then my GAWD they made some clunkers!’

I’m not sure of this answer. I’ve racked my brain around this puzzle for years, ever since U2 hit #1 when they released No Line on the Horizon, and found it striking that a band – especially a band that’s never been hip or trendy to begin with, despite being enormously popular – could still be that vital and mainstream some 30 years after first appearing in the cultural Zeitgeist.

Perhaps that’s the definition of prolific. I don’t know. Or maybe that’s just longevity, or durability, or consistency. Who knows?

The difference between comparing bands with other commonly compared cultural icons like athletes, is that there are no advanced metrics that reveal a band’s production value over a replacement band in any way that doesn’t involve some level of subjective bias. It’s art. It’s in the eye of the beholder.

It isn’t up to me to rank U2 and Stones albums against each other, and against other albums from their contemporaries – and then do the same with songs – to try and create a definitive answer. I’m no credible musical expert, nor does my sole opinion constitute popular consensus. My perspective is as clouded as any, and therefore I’m not fit to give a suitable answer.

All I can do is present to you that table above, encourage you to listen to the songs that form the backbone of each band’s career, and ask you to provide your answer.

I don’t know if we’ll ever agree or come to a definitive conclusion, but I can tell you that there’s a strong possibility you’ll end up hearing some pretty fantastic music along the way, and it’s the beauty of that journey that’s the reason we’d even hold an argument like this in the first place. 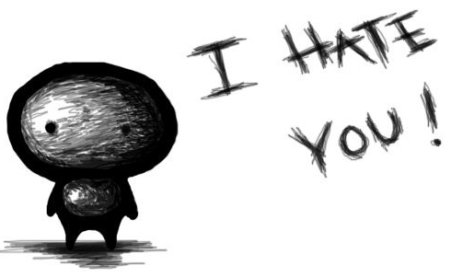 You know what I love more than sex, pizza and breaking into a hotel sauna after-hours with a bottle of fortified wine?

Hate. I thrive off it. I relish it. I make it my own. I nurture it, caress it and get it off every now and again. I’ve banded together with a group of expatriates  and founded a LEGION of it. Hate: It’s What’s for Dinner. END_OF_DOCUMENT_TOKEN_TO_BE_REPLACED 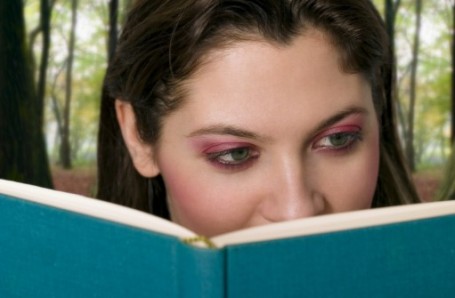 I have well-meaning friends. I say that lovingly.

See that girl up there in the picture? She looks smart. She looks lonely. She looks attainable. She looks hot (at least, from the top of her head, but it’s buried in a book which is doubly attractive). I’d be perfectly content – nay, pleased as spiked punch – if I came home (or, really, left my living room) to that each twilight after work. But I don’t, and that’s not entirely obnoxious … yet …

END_OF_DOCUMENT_TOKEN_TO_BE_REPLACED

I always wanted to be a quarterback.

The girls, the press, the accolades, the fame, the money, the girls.

Unfortunately for me, my perfect spiral betrayed me sometime around the age of eight. I could tell by the wobbly ducks I was floating from the front porch to the mailbox that the NFL was not in my future. END_OF_DOCUMENT_TOKEN_TO_BE_REPLACED